Our location was the Center for Conscious Living, which is a dance and music church. It has a beautiful wooden floor, very smooth, big windows, and lovely artwork, plus a kitchen area that we were able to use to display the global maps and lists of participants. It is in an old industrial building, and the space used to be a bakery, and still has a large cooler as a closet. For many of us, it was the first time in the space.

We began at 8:30 in the morning, and in our opening gathering, many people commented that morning is not their prime time of day, or that they have not been sleeping well.

We had two sets of posters of the Underscore, big and small. We posted the list of sites, and the directions we would be facing (towards Buffalo and Montreal), and had a computer open for real-time harvest.

Here is the real-time harvest:

Stand. Facing someone, who is facing someone else, and feel those who are facing you across the miles. All of us bonding with the same earth.
Skinesphere: the global nap.
Sirens and stomping.
In the silence between the air conditioner running, I can’t hear anyone else, so I go back into the earth.
Hugging with the body.
Love the idiot button, but my monkey mind disagrees
Snacking after resolution, considering & holding love for other places around the globe.

Here is the harvest from our sharing and thanksgiving:

Mars: I had a sensation, not even totally on my own, a time of stillness, this image that we were witnessing some other dance that was going on in some completely other place.
Heather: I had a similar moment, where there were ebbs and flows. It was a relatively quiet and still, and I had an image of another jam somewhere else with all this energy, people running and leaping. Between all of us, we have all the states of being covered.
Luv: Had an interesting moment, rolling on the group, realizing my mind was creating an image of where I was going to go, and in the same moment, I wasn’t going there.
Ellen: When we were standing, I had this thought of all of the people standing, and we’re all facing each other’s backs, and in the middle of my upper back, there was an oval of warmth. Had a hard time getting out of my head, started to berate myself for being so inside my head. I had to go into a different place to find the pause and be okay in that pause, and realized that there are probably a whole lot of people all over the world feeling the same way. Was able to let go.
Mars: Had some of the same thoughts.
Heather: Really nice transition from small dance, feeling very tired and uncomfortable, and then a relief of being on the ground. Had a gradual realization of where I was, sensing that we had all laid on the floor for however long that was, and feeling the whole room gradually get into moving.
Kim: Felt a deep permission in the initial phases to just fall asleep and come into the space whenever I wanted. Didn’t have to do anything, could just give my brain permission to do its monkey mind thing. Pleasure in dancing with people I’ve danced with so many times over so many years.
Luv: Felt a sense of “oh, I’m doing something now. I didn’t know I was doing something, and we’re all doing something”
Rek: Felt like we were all really going through the progression together, at the same pace. Not used to that, usually more individual variation. At the same time, never a point when it felt like we were all dancing.
Heather: I think this is the smallest underscore I’ve ever done (a lot of us nod).
Ellen: I knew, coming in, that there would be a sense of comfort, so when I knew my mind was being noisy, I had trust all around me.
Thank you to our global dance companions, especially those in Buffalo and Montreal who held us so nicely, and our satellite sites that were facing with us! We felt your energy and presence, and appreciated it deeply.
Here are some pictures of the space: 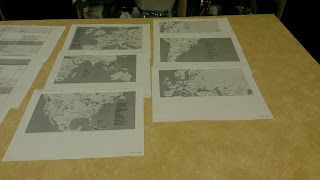 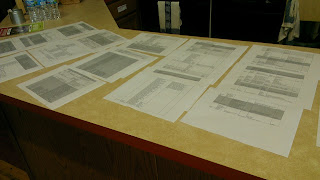 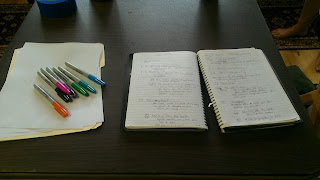 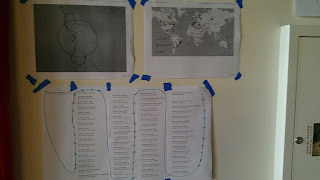 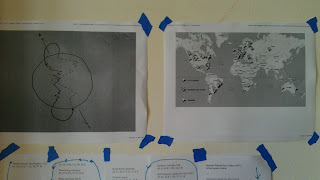 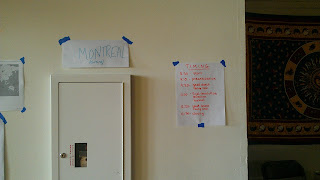 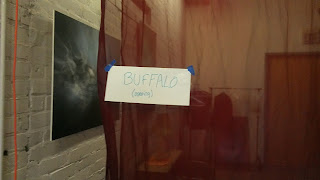 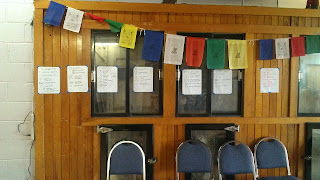