Harvest in Buffalo
transcription from video
Gretta said that she held the word Understand thru all of underscore along with the peacock meditation
Laura Jean forgot about reflecting back while she was dancing
Kelly asked a question of reaching the saturation point of sound and she met the saturation
point of sound in the global underscore and asked if there was a point where one could reach the
saturation point of dance.  She wondered if it was different from the saturation point of too much
sound.
Kelly said, “When you reach the saturation point of sound there is too much and you just have
to sit back.”
Phil said, “You can reach the saturation point of dance when you feel tired or unsafe or need to reset intensions.”  He also said, “The problem is that you have too many intensions and you
have to engage more instead of engaging less.”
Nancy Hughes saw Gretta having a solo, then she saw her dancing with the curtain, then she
realized that there were two bodies meeting through the curtain and the other person was Aaron
Water.  Confluence.
Aaron had a moment of dancing with Gretta and there was and idea that came into his mind
that was years away from being physically possible like he was a superhero in a cartoon and
he thought that he wanted to do that. There was something where he tried to pick her over his
backwards and he though he saw her picture and aaron put ten percent towards that and then he
and Gretta both laughed.
Laura Jean was dancing with Ashley and then everybody was in a pile and Aaron was holding everybody up.  She had her hands on the floor. Laura Jean looked at Ashley and there was a huge smile on her face.  She said, “This is great.”
When the pile collapsed Gretta collapsed onto it three times.  It was a five stage collapse.
Laura Jean said this was her first underscore and it was very special.
Aaron said, “It was great to play with Kelly Cornelius.  Not just dance but, playing music.”
Aaron played a bunch of things that weren’t instruments a bunch of different times.
Gretta said that when she exposed more skin she slid more
Phil said he had physical problems with his skin sticking. 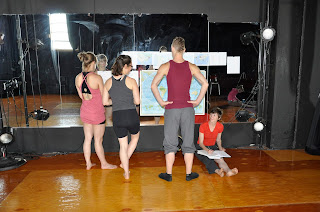 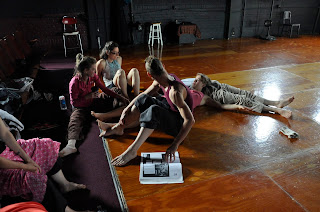 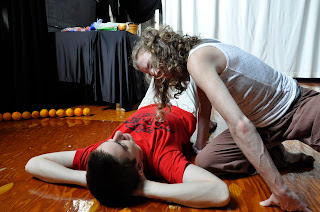 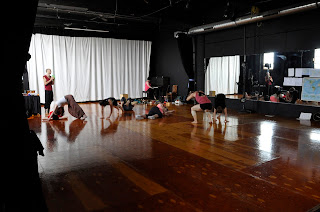 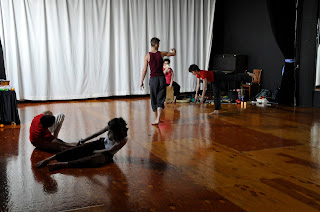 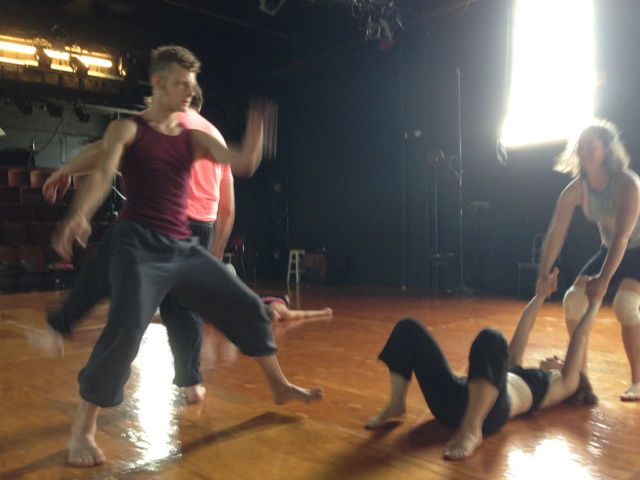 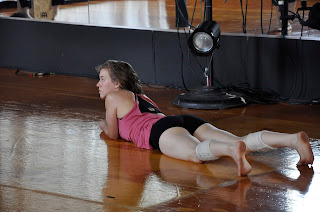 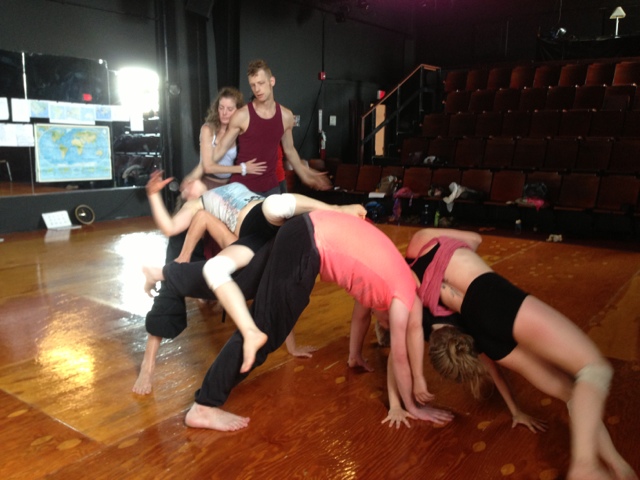 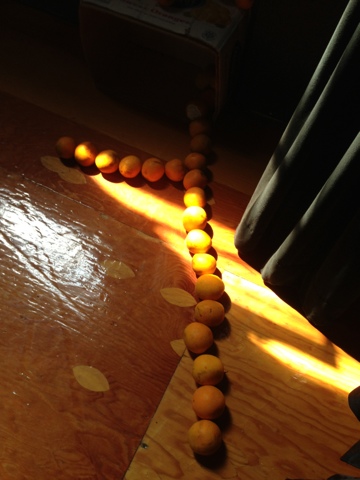 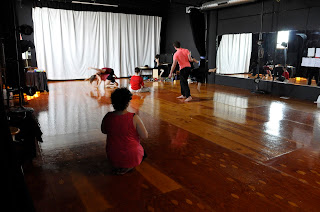 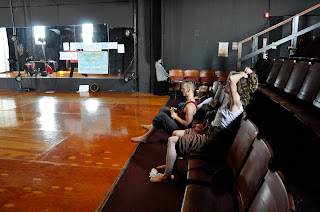 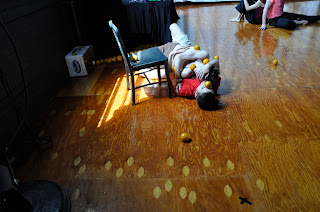 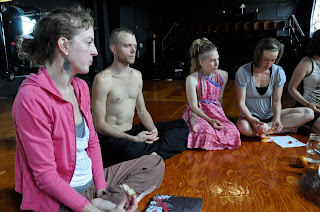